About us, our history and locations.

We cater for all archers, both experienced and those that have never picked up a bow before, from the age of 8 upwards. Archery is a family sport and we are fortunate to have a number of family members within the club that makes for a friendly and enjoyable atmosphere

During the summer we shoot at Writtle College sports ground, Club days being Wednesday evening and Sunday. In the winter we shoot mainly indoors in the excellent Sports Hall of The Sandon School, just to the east of Chelmsford - Club nights are Tuesdays and Fridays from 6.45pm – 9.00pm.

The Junior section is fully integrated into the club and provide a lead with their enthusiasm for taking part in County and National competitions. The club has Junior Outdoor and Indoor National Champions in their respective age groups, and one of these has also represented Great Britain in 2008.

The Club takes part in various Postal Leagues during the year. In the summer we shoot the Essex Albion League. During the winter we take part in the Essex ‘Andy Harris’ league.

Chelmsford Company of Archers had been established in 1971, and through the 1970’s and 80’s had a strong membership enthusiastic to provide help in the form of organizes judges and coaches around the county, with the juniors in particular making a name for themselves on the shooting field.

Tudor Rose had been formed in 1987 to utilise the dedicated shooting field at a local golf club, with the inspiration for the name taken form the location adjacent to Henry VIIII’s Beaulieu Palace. TRAC became the natural home for the unfortunate members of the other two clubs, when their shooting grounds were lost to development and over run by footballers and cricketers.

The formal union enabled us to benefit from the best facilities and experience to develop archery in the Chelmsford area. Latterly we have suffered again from loss of grounds, and after a prolonged search we are now firmly established at the Writtle, where we have been proud to host the Essex County Archery Association tournaments on a number of occasions.

In our Winter months, September to April, we shoot in the Sports Hall at The Sandon School. This is along Molrums Lane off the Maldon Road from Chelmsford. The Hall is large, can enable 9 bosses to be used and we can comfortably shoot at a distance of 25 yards, although the usual distance for our sessions is 20 yards. 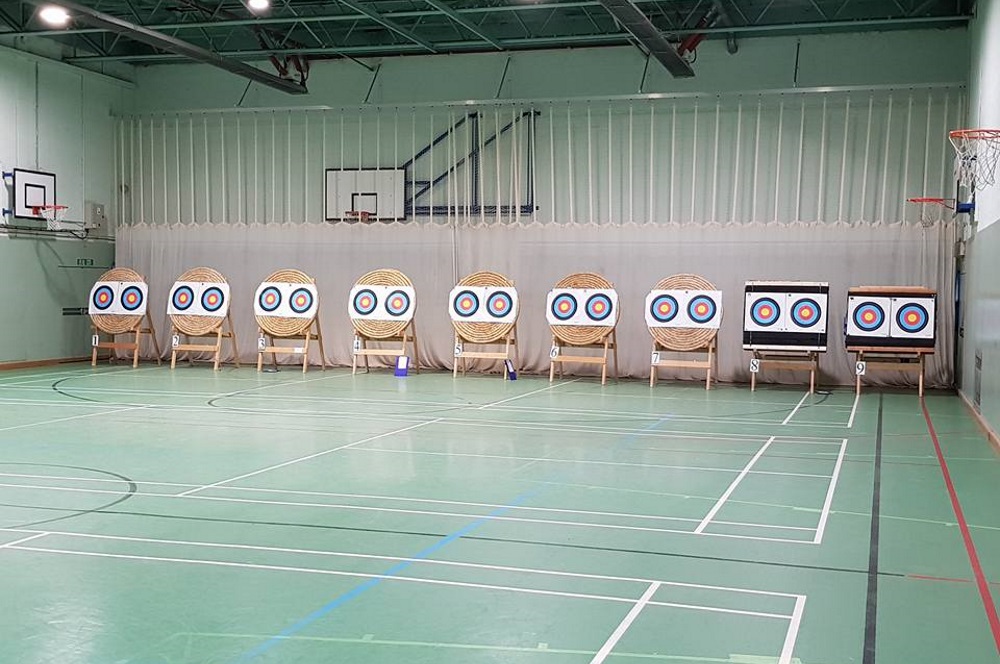 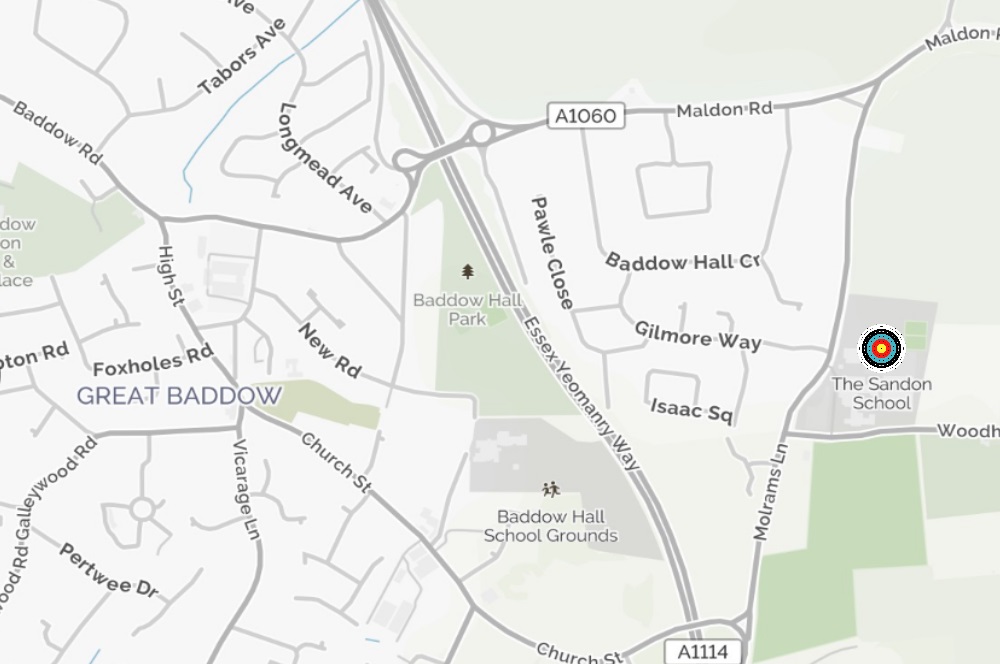 Winter sessions are on Tuesdays and Fridays between 7pm and 9pm Several of our members arrive at 6:45pm to set up the equipment and the last end is usually called around 8:50pm to allow time for putting away. We must vacate the premises shortly after 9pm.

Smoking: There is No Smoking permitted on Sandon School premises. This includes all forms of e-cigarettes.

Parking: Parking spaces are available at the front of the school as you drive in through the gates. Please note that there is no parking allowed on the playground area outside the hall. This area can only be used for parking by a few of our members who require easier access.

Our Summer sessions take place from May to August at the Writtle College Sports Ground. This is at the end of Foxburrows Lane which is off Lordship Road opposite the main entrance to the College. We use part of this very large and open sports ground just beyond the pavilion. 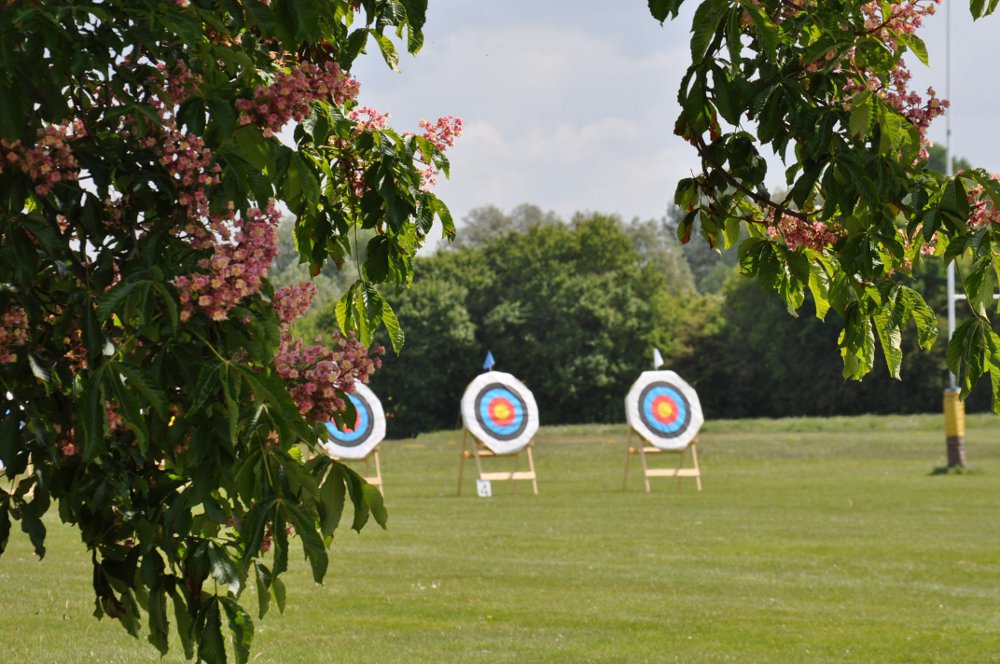 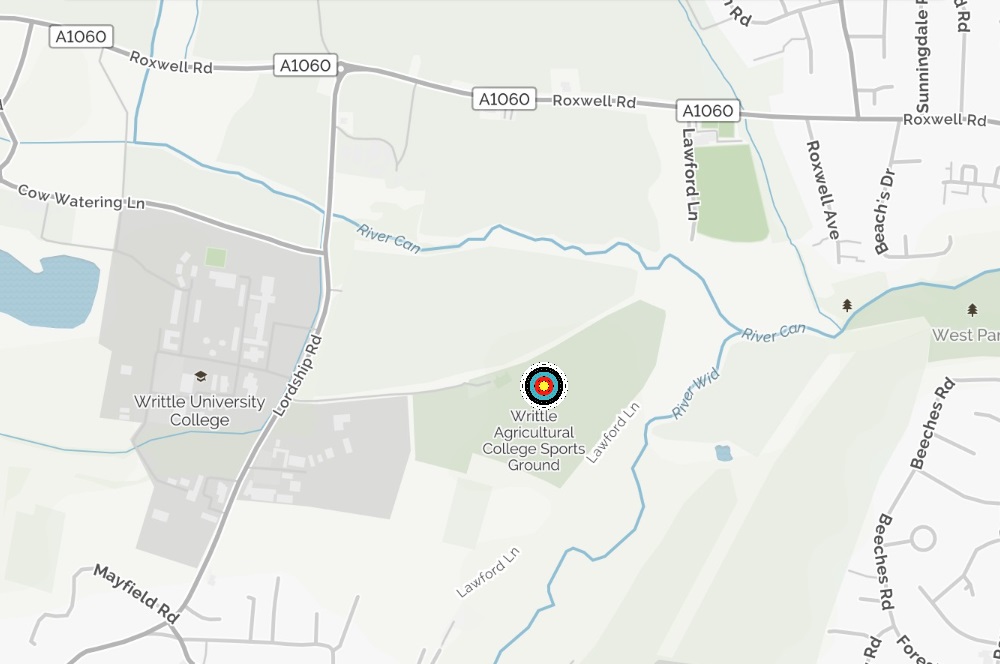 Shooting takes place on Wednesdays from 6.00 p.m. until dusk. We end the session while there is still enough daylight to ensure we can find any ‘lost’ arrows on the field. We also shoot on Sunday mornings between 10.00 a.m. and noon.

It is advisable to bring various layers of clothing as well as waterproofs, in case of inclement weather. It can get quite chilly later on in the evenings! Also, we recommend that archers bring sunhats and sun screen for those very hot and sunny days.